History of the Town of Kensington 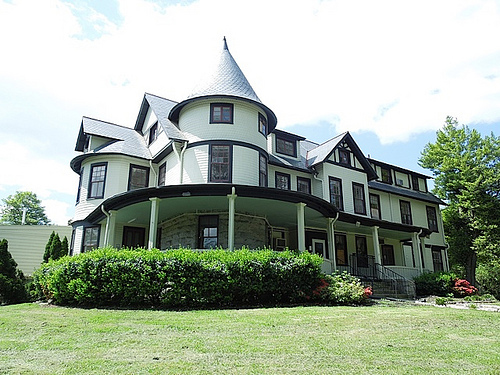 Kensington’s history began as Joseph’s Park through a land grant of 4,220 acres, located at the time within Charles County, to Mr. William Joseph in 1689. Permitted on September 25, 1705, and now within Prince George’s County, William Joseph’s son used the land for agriculture until he sold it in 1736 to Mr. Daniel Carroll of Upper Marlboro. Carroll, who was one of only five men to sign both the Articles of Confederation (1777) and the Constitution (1787), sold various parcels of land to local farmers. Kensington’s current day form came about from Mr. George Knowles’ property following the construction of the Metropolitan Branch line from Washington, DC to Point of Rocks in 1873. 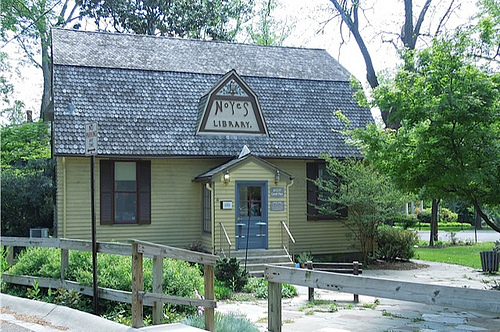 Bisecting Mr. Knowles’ property, the train began stopping in 1891 at Knowles Station to participate in commerce with Mr. Knowles and the other local farmers. Taking this into account, Mr. Brainard Warner purchased property south of Knowles Station in 1890 from the Brown family and built a summer retreat home. Mr. Warner then began encouraging his friends to purchase parcels of land from him so that they could build summer homes as well. Mr. Warner’s property became known as a “garden suburb” in which he designed after Kensington, England. 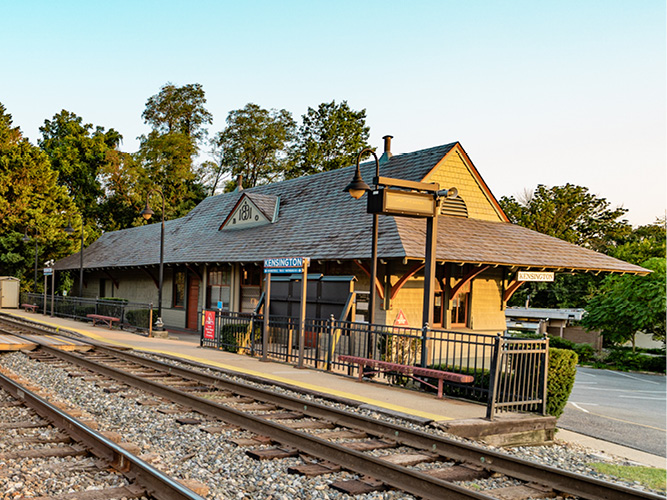 Perhaps the most iconic stop in Town is the Kensington B&O train station. In fact, residents of Kensington like to say that this is the town – where the train still stops … and the people still walk.

This station is the second-oldest active one in the county. Note on the roof the construction date 1891, written in period lettering. Back then it was called Knowles Station, named for George Knowles whose farm was subdivided to create much of the Town today. For just 35 cents Washingtonians could ditch their horse and buggies and take an 11-mile trip out to Kensington from DC’s Union Station. 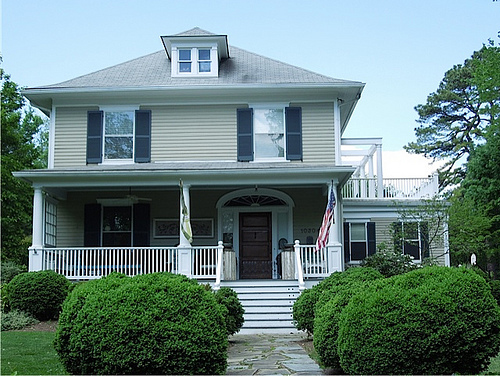 Recorded as Kensington Park, the original design of the town is still framed at Town Hall. Mr. Warner, with the help of his friend, Crosby Noyes, editor of the Washington Star, built Noyes Library in 1893. During the Town’s incorporation of 1894, Warner was able to convince the State to name the new Town, Post Office, and Train Station Kensington. Kensington continues today to be known as a Victorian-era garden suburb of Washington, DC. Although the Town has experienced substantial growth since its founding, Kensington remains dedicated to its history with much of the Town designated as Historic.

If you are interested in exploring Kensington’s rich history in greater depth, we ask that you please visit the Kensington Historical Society’s website.

Get updates on Town announcements, meetings and happenings to your email.

The Town office is open from 8 am to 4 pm Monday through Friday where Town staff is available to assist you.